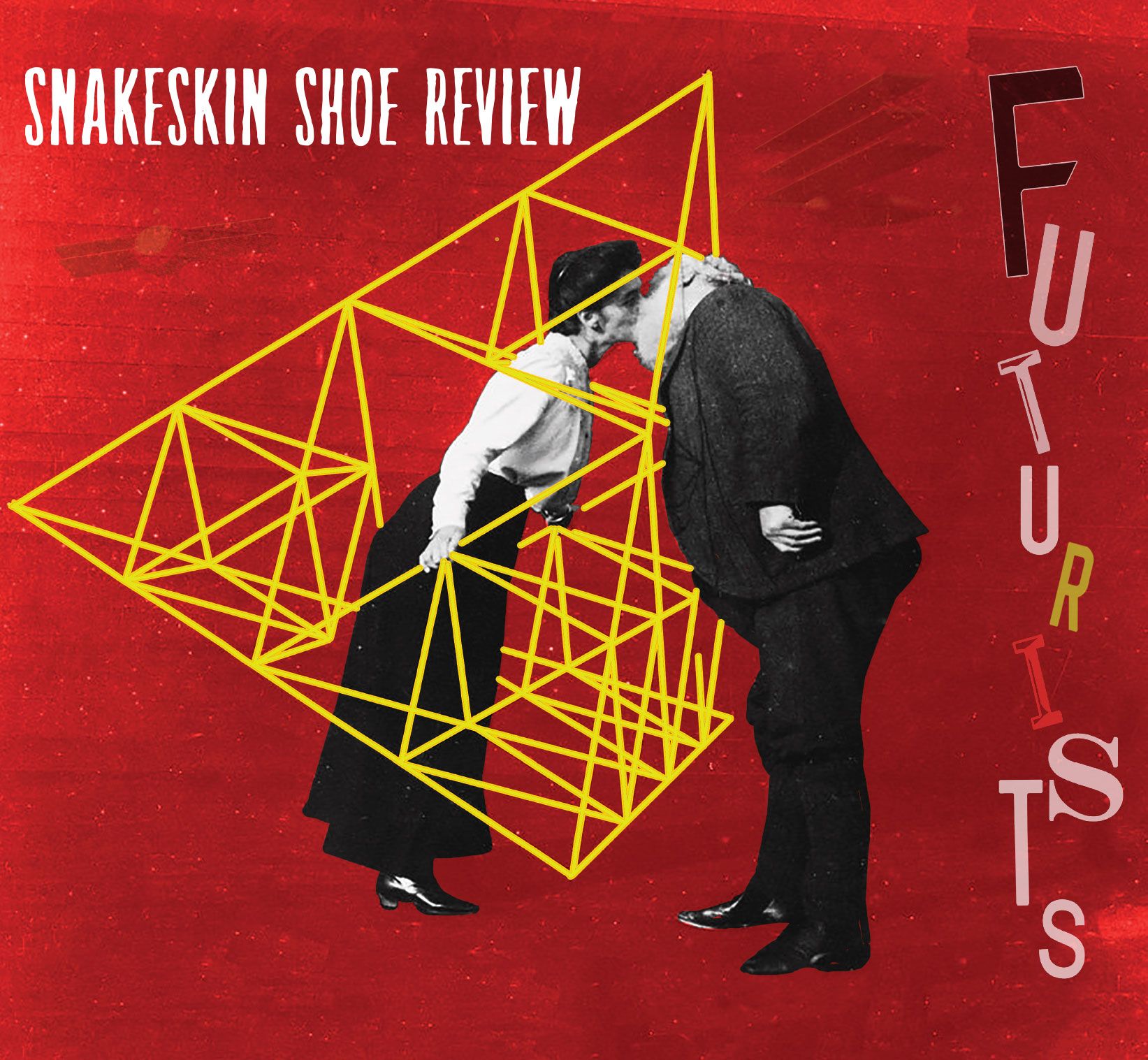 Just take a wander over to the 'buy stuff' link to order online. 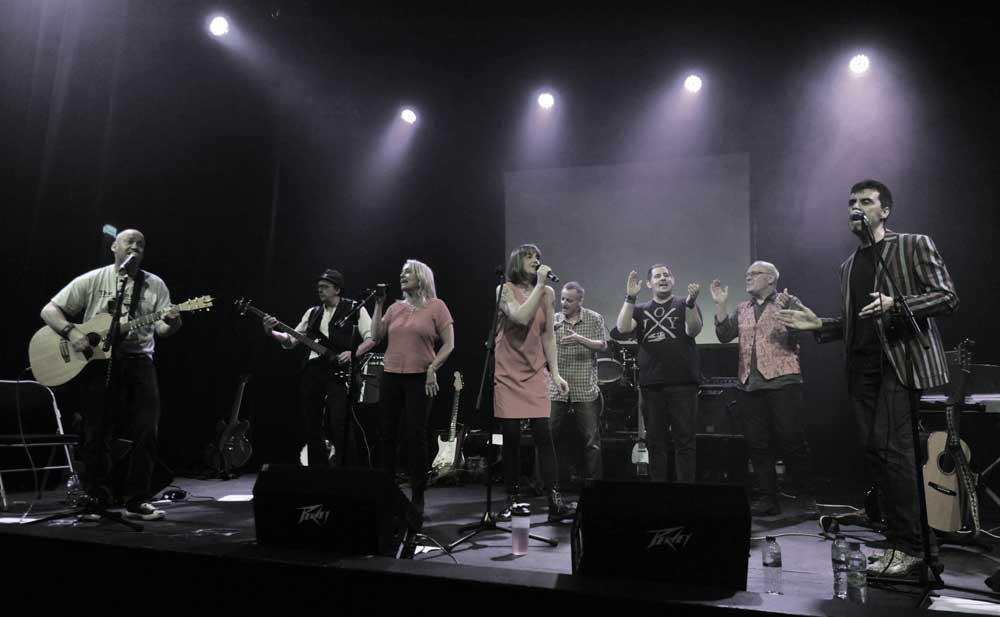 We are based in Central Scotland and spread far and wide across the mighty central belt, come in and enjoy.

When Will We Be Married: A Lockdown Video

Remember the lockdown? does anyone actually miss it? We put together this video for When Will We Be Married?   -enjoy:

Bubblegum, Aston Martins and Ray Davies: Back to ‘The Futurists’ with Snakeskin Shoe Review

Later than scheduled - Last year James Kerr, frontman of principle songwriter of SSR was interviewed by the Sunday Tribune. Follow the link below for a unique insight into the crazy world of JK. 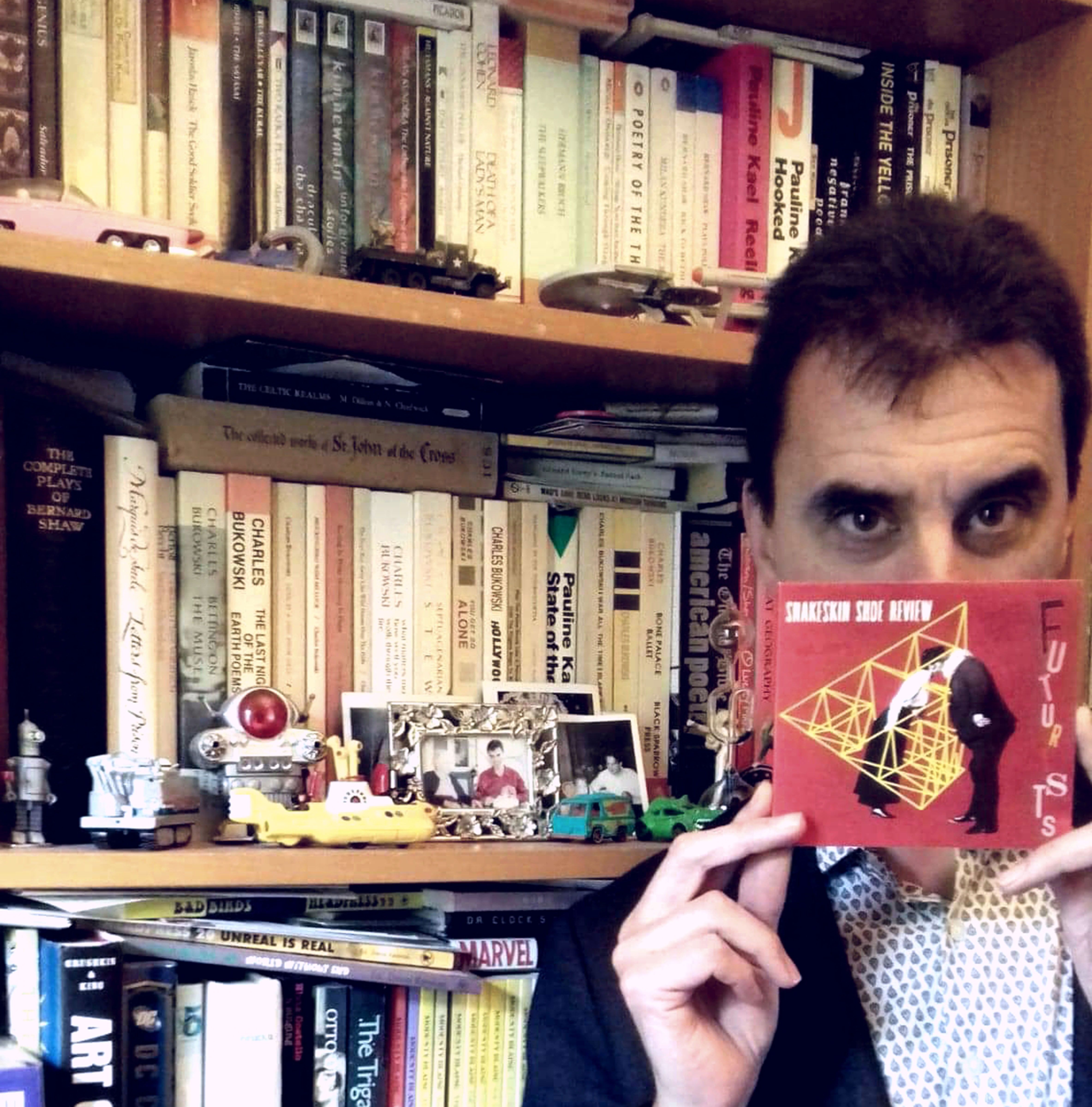 Our long awaited second album is now available - you can purchase online here or tap up one of the band members or pop into Avalanche records if you are in Edinburgh where copies are available. 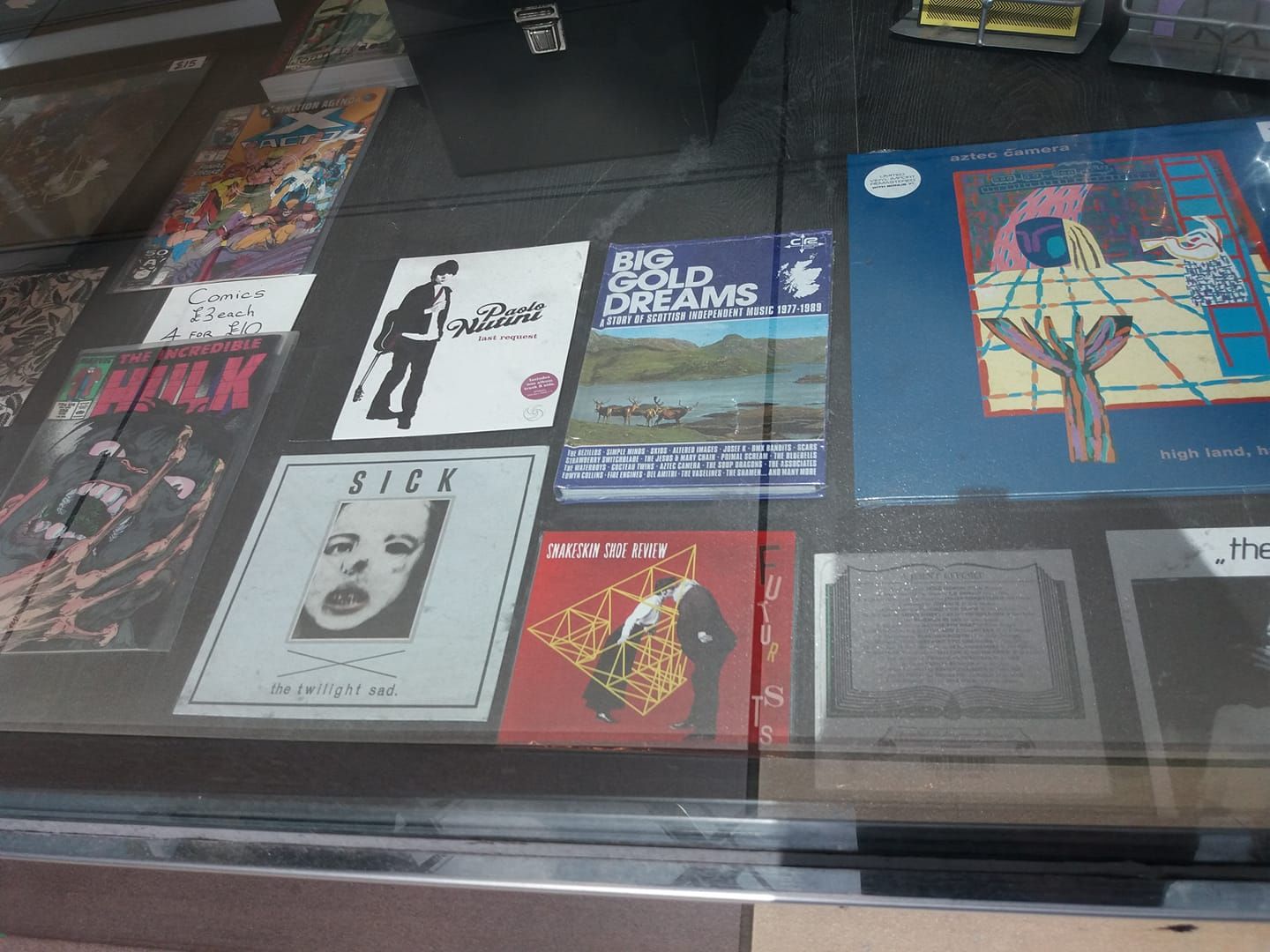 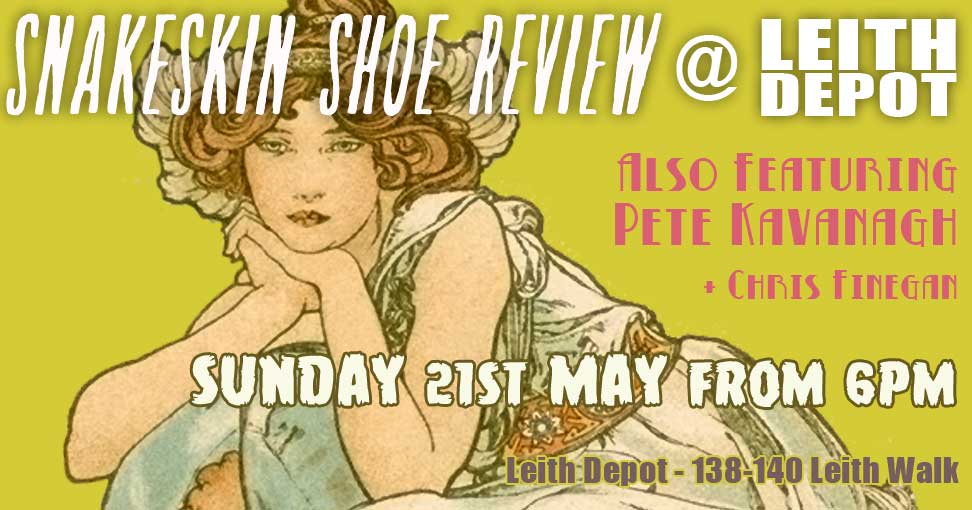 On Saturday 13th May we played the Gentle Giant Music Festival in Forth, Lanarkshire. Stuart Brodie is a bit of a veteran of the festival there but the rest of us didn't really know what to expect (and on or two had to be shown were it was on a map). I have to be honest, Forth was for me a place I would drive through on the way south and not somewhere i would have considered as having a vibrant music scene.

We were more than a little surprised by what we found.

The venue was larger and well set up - we were second on but by the time we did the venue was already filling up nicely. The PA was well set up and the sound from our side of the stage was pretty good - in the end we had a blast  - as these photos hopefully show. 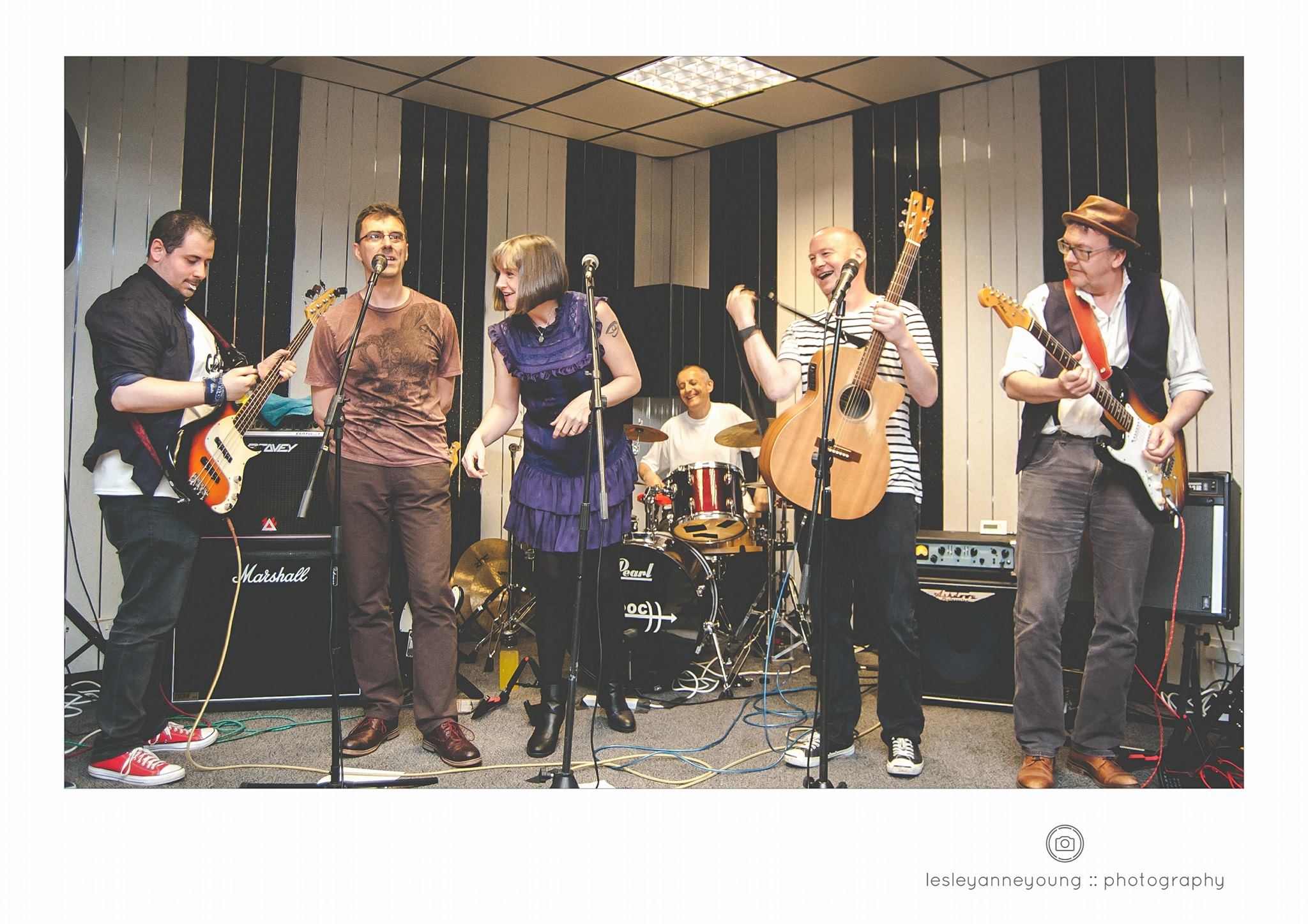 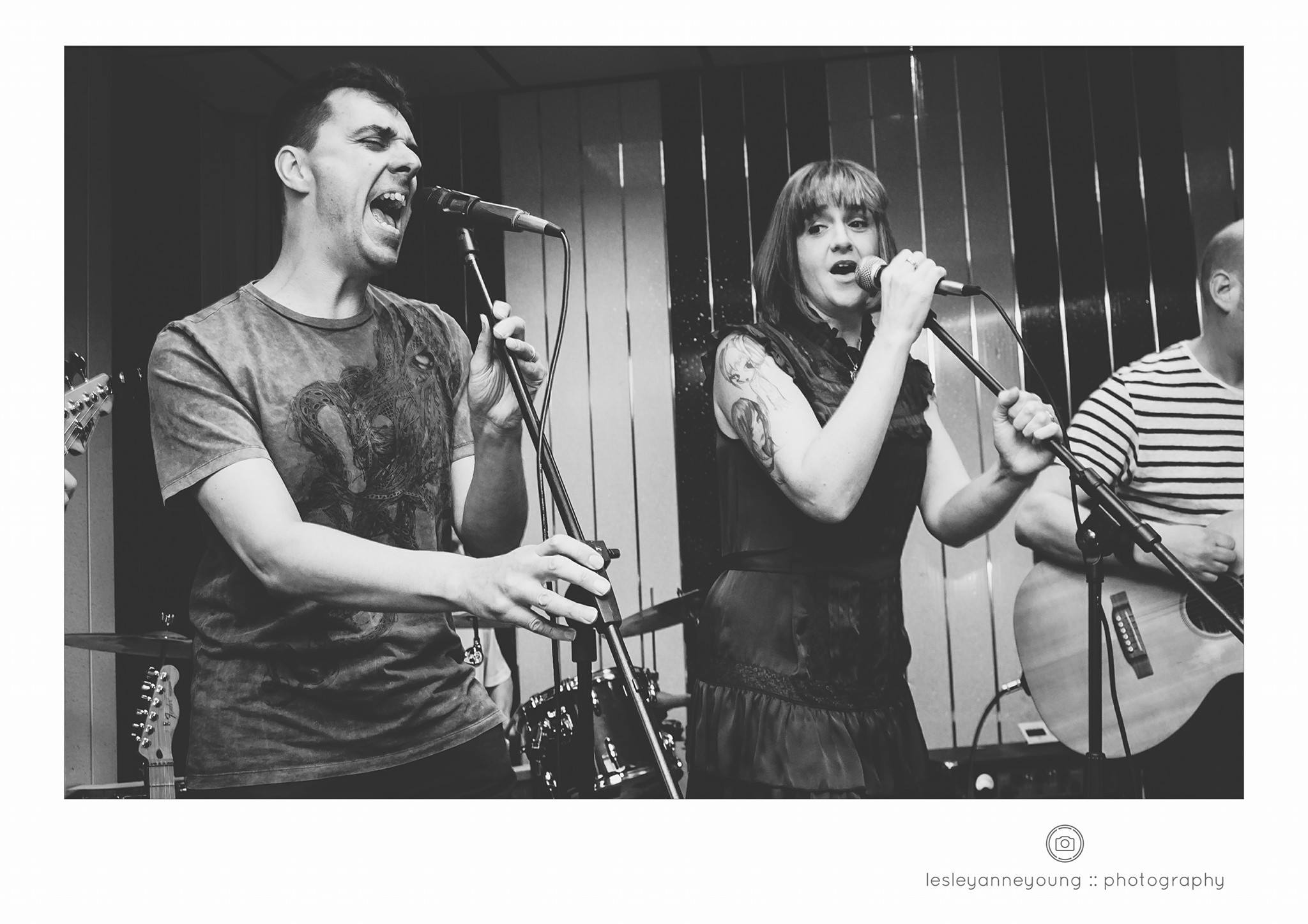 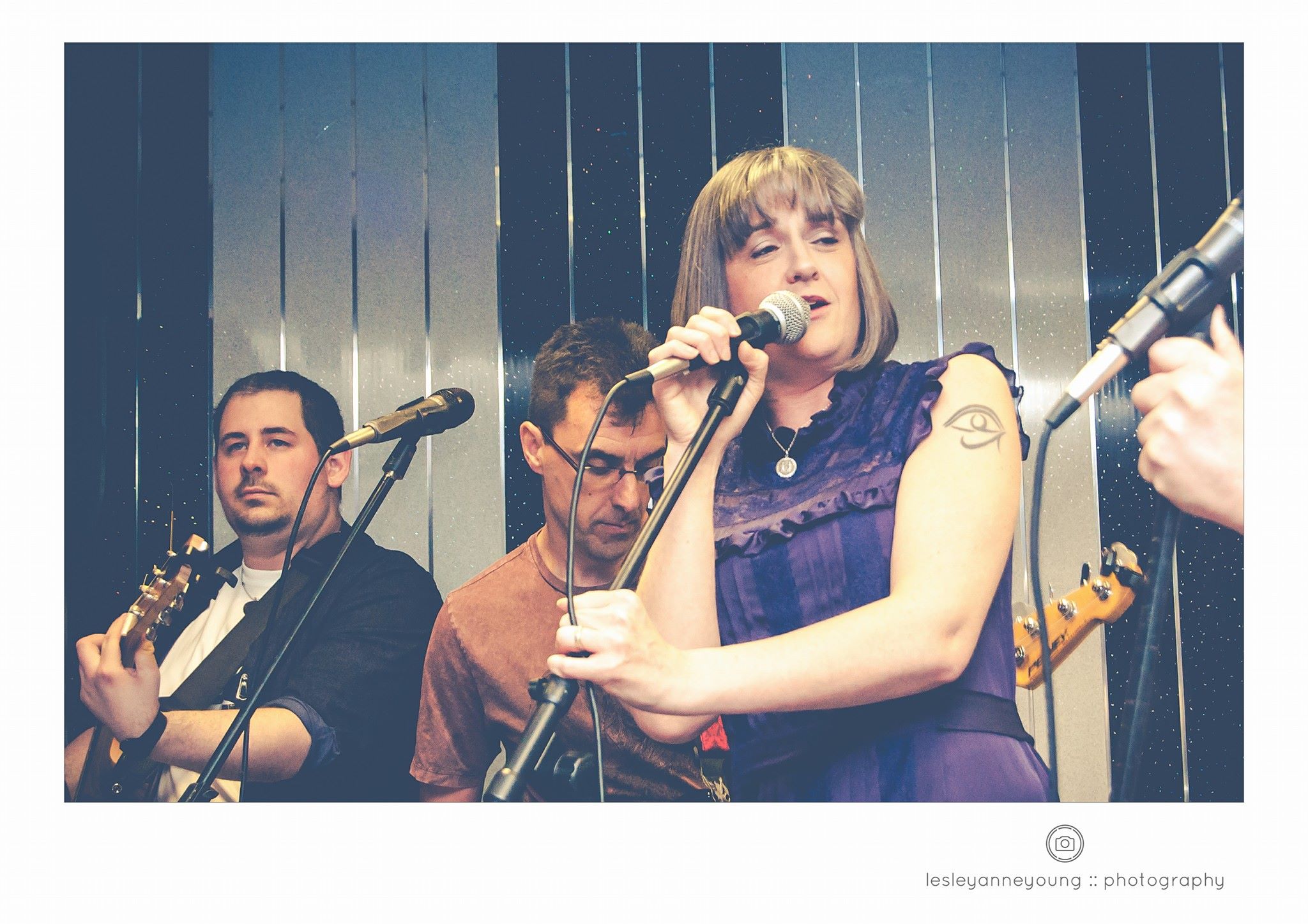 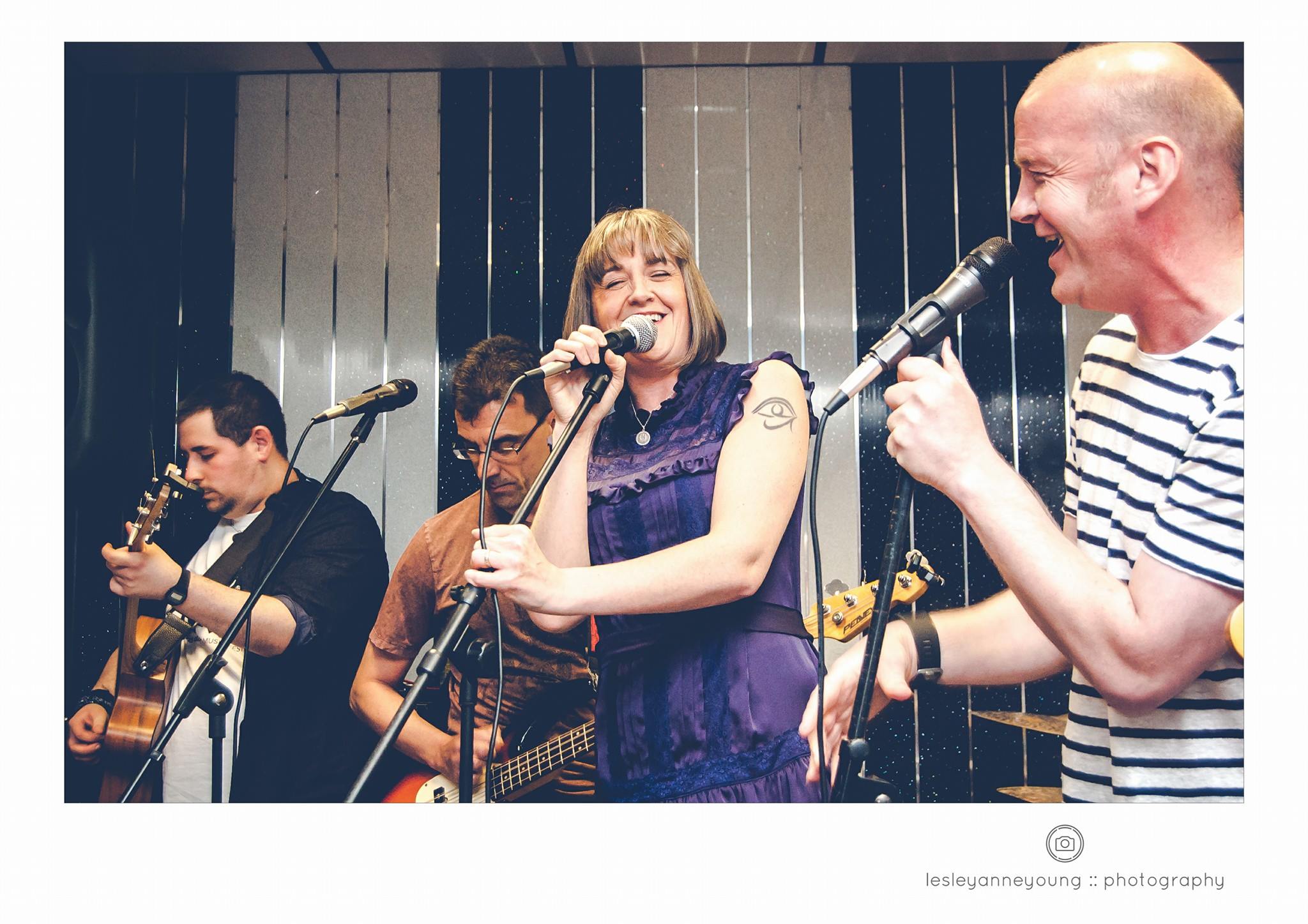 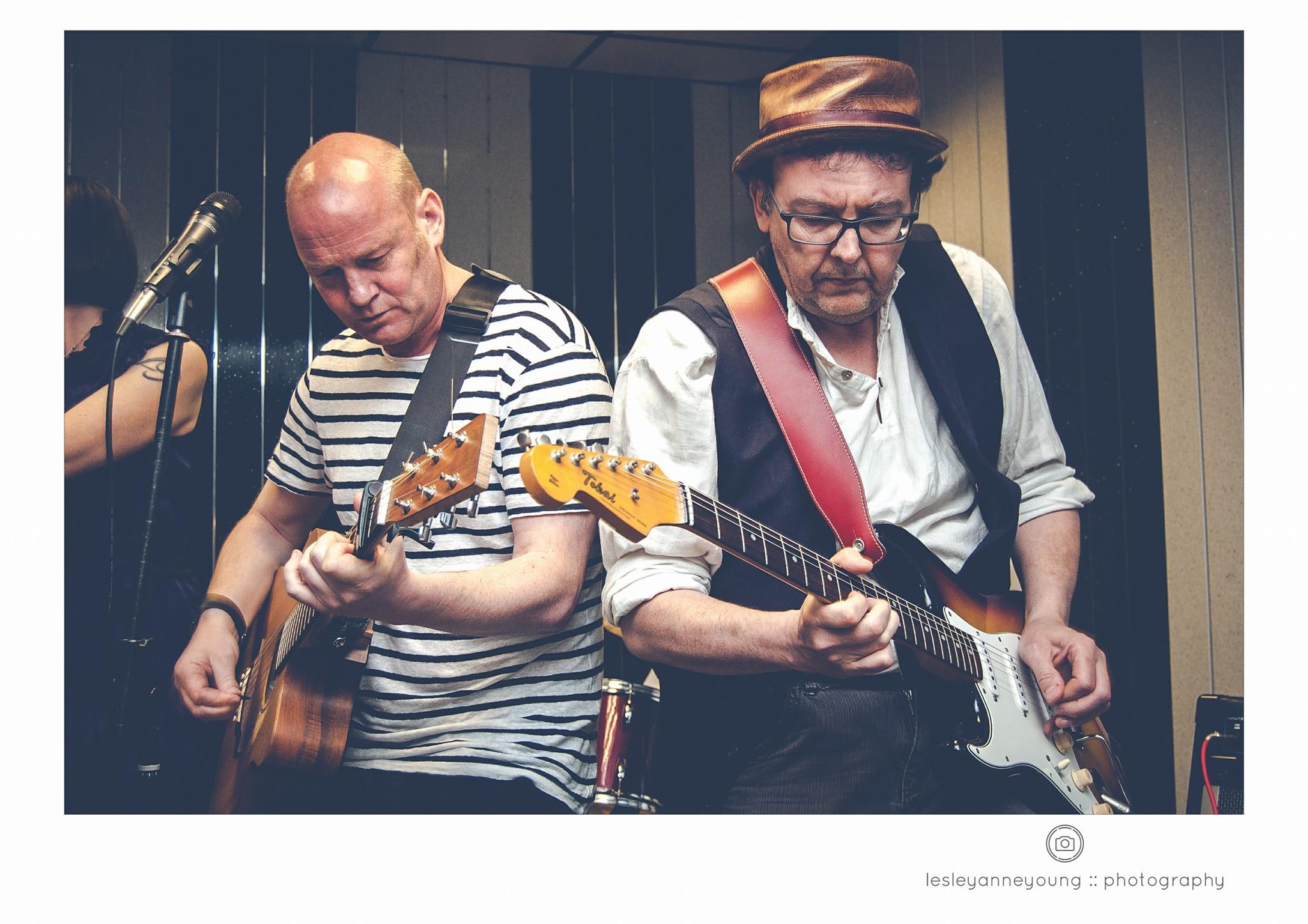 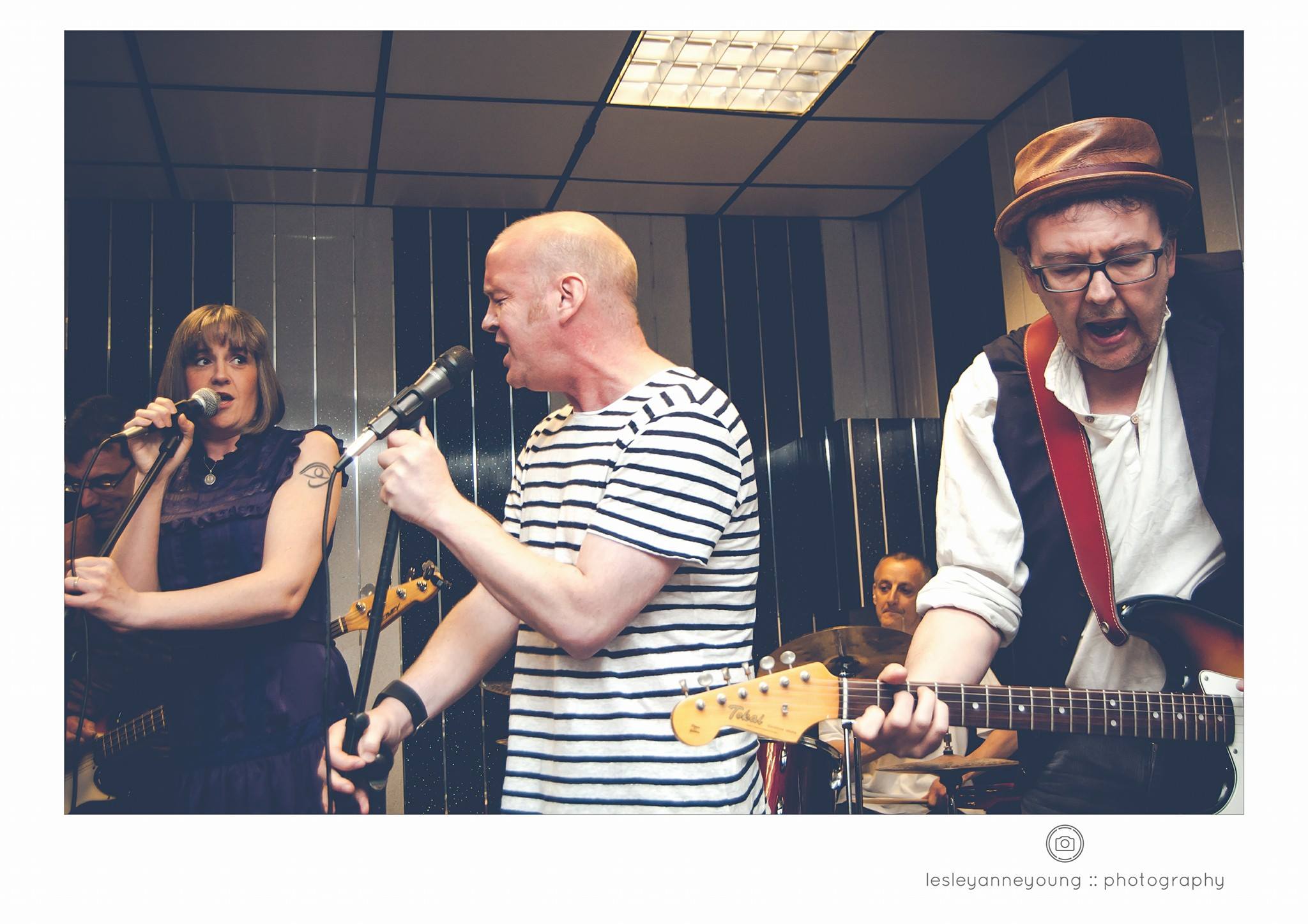 Pleased to announce that this track has now been mastered and is ready for your earholes. A proper bouncy number... 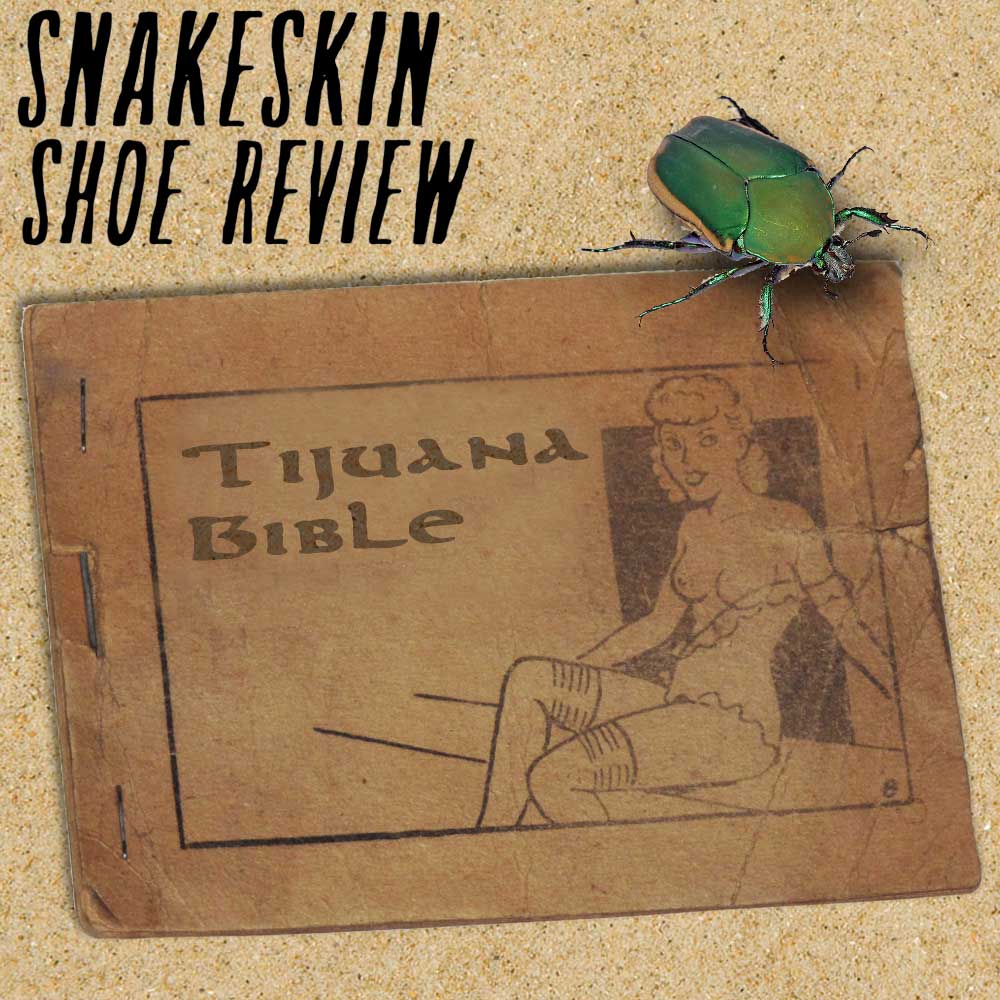 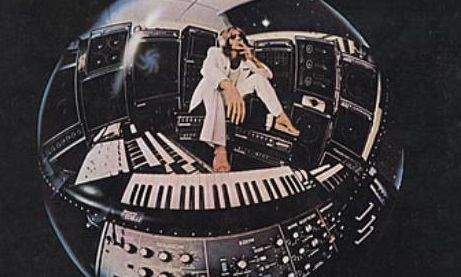 When not appearing with the band, James Kerr masquerades as fake DJ Dr J on Regal Radio. If you listen to any of the shows from the past two years ( many are available on mixcloud, just search for Regal Radio) then you can get a pretty good idea about all the music that has soaked in and is now leaking out in the form of our own songs. Check it and stuff:

Another track uploaded! This is very much a departure from the larger band recordings, Just James and Peter put this together.... 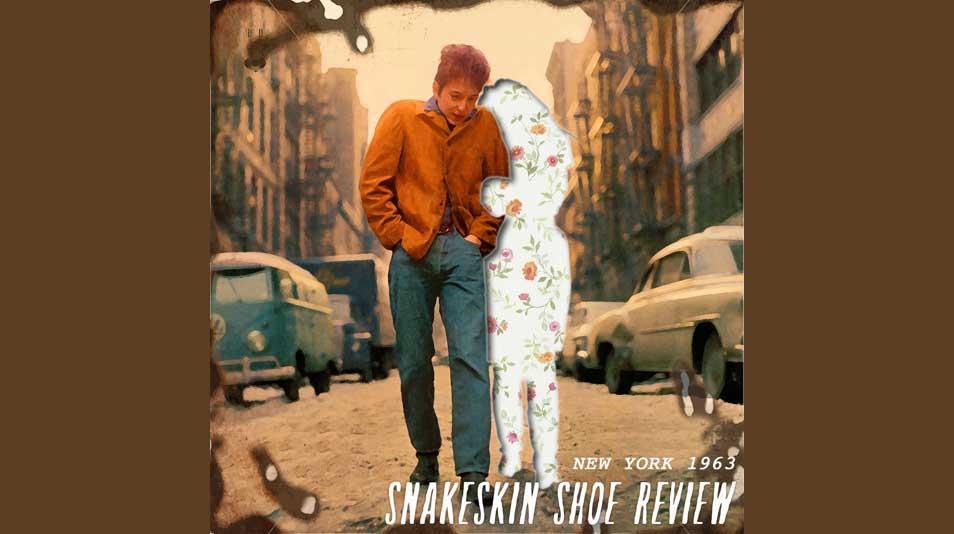 Welcome aboard the Review Del... Sorry we don't have a pic yet so you will just have to trust us that he exists, here is a photo of one of his kits that we absolutely didn't just steal from google images. truly we didnt... 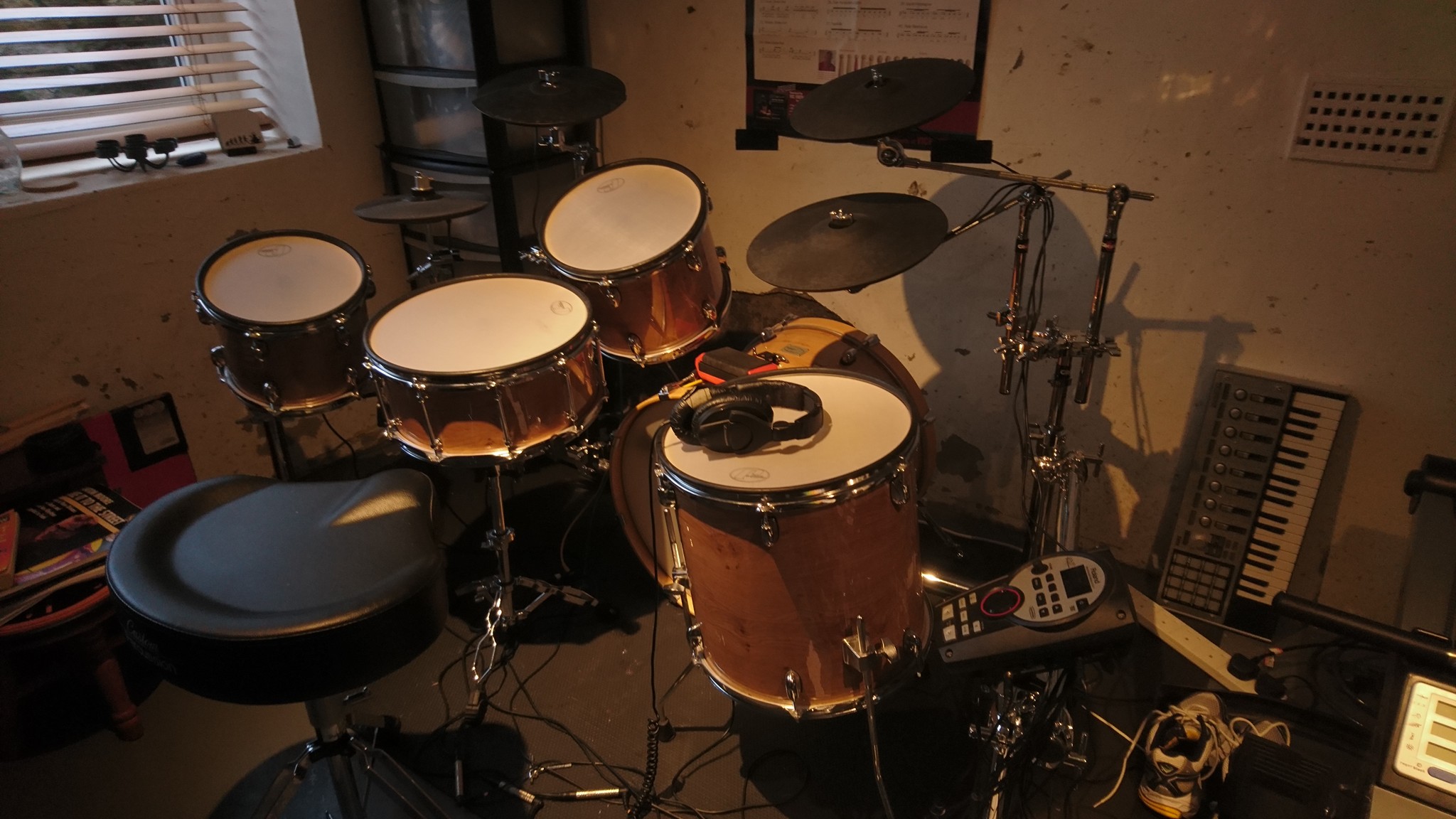 Sorry this post is a bit late, so caught up with recording and rehearsing that we forgot to mention this track was complete. 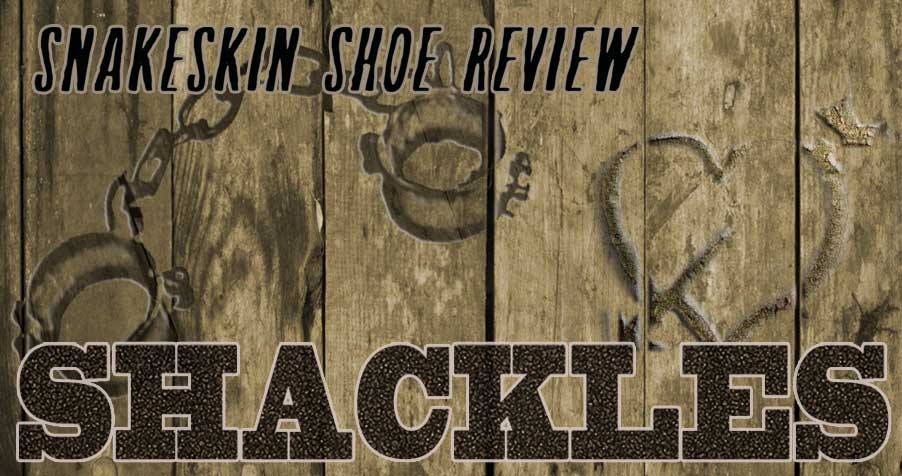 A little bit of Bob's Highway 69, a bit of Yardbirds and a lot of bondage references , its shackles.....
0:00/???
Subscribe with iTunes RSS feed Download 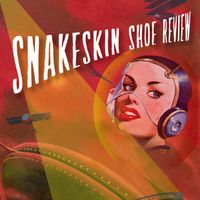 SSR mighty Rockshow returns to the Dreadnought with a bag full of new songs. 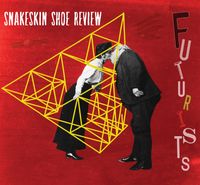 SSR return to Bathgate with an evening of music and random entertainment - support from They Two Lassies. Tickets £5.00

SSR with Thistlehurt at The Wee Red Bar 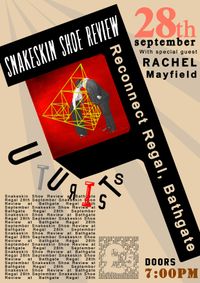 We are back for an even bigger show at our favourite venue - songs - banter and even a prize draw. Support from Indie legend Rachel Mayfield

We are back for a second time at this fantastic little festival, lots of great unsigned bands. Something for everyone so come along and hang around and catch some amazing talent in darkest Lanarkshire

After a long absence while we worked through some lineup changes and got the new members up to speed we are back at Purple Orange! 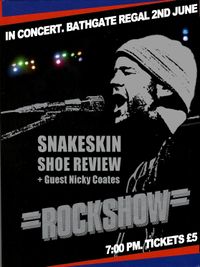 SSR return for a third time to the Regal Theatre. Promising an even bigger and more intense experience than last time round, lots of new material, light show, full multimedia experience, See that Peter Gabriel yeah? well he pinched all that stuff from us. We even loaned him that flower costume - still haven't had it back 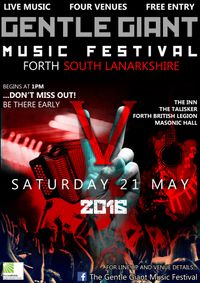 Who's ready for another update? Well who are we to keep you waiting!! Joining the already announced Dirty Work, Caulder and Weekend Debt we have:

The JR connection! After missing out last year, due to unforseen circumstances, the JR connection return to get the groove on this year. You can catch the guys in the masonic.

Snakeskin Shoe Review!!! Possibly the best named band at the festival! They'll be bringing their funky, power pop to the festival to keep you moving. The SSR gang will be playing in the legion.

Amanda Bogle!!! After glowing reviews from her last appearance we couldn't leave out the talented Miss Bogle. The Talisker is the place to be to bask in Amanda's talent.

Come and join us for an evening of music and banter at Deans Bowling Club AKA Stevie's Local. Free

Delighted to be supporting these guys at Purple Orange. 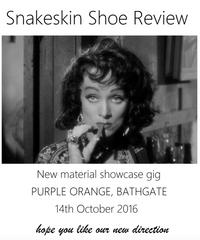 We will be playing a short set of all new material, sort of semi unplugged ish.